Worst time to buy camera gear in the UK?

I was comparing prices of some of the Nikon gear and found that on average list prices have gone up by 30% since Dec 2008. This is based on comparisons of certain items in the official Nikon UK price list.
Actual street prices have also gone up by around 20% on average.

This trend is not just true for Nikon, all camera gear prices show similar trends. The reason is of course the weak pound, which in turn reflects the state of the UK economy.

It seems that unless the pound gets stronger, the prices of lenses are not going to get much better. Camera prices do tend to drop immediately after a replacement model is announced; so if you want to buy the D700 nearer the £1535 price mark as in Dec 2008 (as opposed to its current price of £1740) - then perhaps you should wait until the replacement is announced, and buy it as soon as the price drops.
Posted by Dibyendu Majumdar at 12:43 No comments:

I am glad that Nikon decided to create the P7000. This indicates that Nikon is not entirely happy to give up the serious compact top slot to Canon and Panasonic. From the way P7000 is designed, you can tell that Nikon considers Canon to be the more serious competitor.

I personally like the P7000 design. Would have liked a faster lens, but if the performance of the sensor and the lens are good enough, then I am happy with the compromise, i.e., longer zoom ratio as opposed to faster lens. The P7000 seems to be aimed at photographers who want to use it as a candid street camera. The long zoom range will be very useful I suspect in getting close to people without intruding. The optical viewfinder seems to be very desired by such photographers, and given that add-on optical finders are so expensive, I am happy to settle for the one in the camera.

All in all, it seems that the P7000 is a great camera; it seems to be a reasonable compromise between price and features; only its performance remains to be seen, and ultimately this will matter more than mere specification. I have no reason to think that Nikon hasn't aimed for high performance, and the samples posted by DPreview look promising.

I hope to acquire one soon and then I will compare it to the Ricoh GR Digital III, which is my current compact camera.
Posted by Dibyendu Majumdar at 09:08 No comments:

We all know the convenience of digital photography. It is hard to be a bad photographer with a medium that lets you immediately check whether the picture was good, and retry if necessary; and any flaws in the image can be tweaked subsequently very easily so that the final image is visually appealing and perfect.

Compared with this film photography is slow, and requires skill to get things right, because you can't check the results immediately. Even with good scanners, such as the Nikon Coolscan V, the quality of the scanned image is not a match for digital photographs from the latest generation of cameras.

So is film photography dead? Many of us hope that it isn't but will an ever diminishing market support an industry that is probably no longer profitable? Maybe we shall end up with a handful of film types, mainly B&W and color transparency, and a few labs that provide processing at a high cost. It is a prospect that is depressing but the world inexorably follows Darwinian evolution of the fittest, and the writing on the wall is clear even from a distance.

The digital revolution is a boon for the vendors, as it ensures that they can keep making us buy a new camera every year or two years, by tempting us with new capabilities. It is good that the technology is evolving rapidly, but the worst aspect of this is the continuous churn. The sensible amongst us will renew their equipment only when necessary, and not because they must get the latest and the greatest. But for those of us want to own the best, the best is an ever moving target.
Posted by Dibyendu Majumdar at 00:12 No comments:

There has been some talk on the internet about the new 14megapixel sensor used in D3100, as it does not resemble past Sony sensors used in cameras like D90, D300, D3X, etc. Here are some images of the sensors used in recent Nikon cameras:

It seems that the D3100 sensor has some similarities with the D3S sensor, whereas the D90, D300 and D3X sensors all have some family resemblance. This is very interesting as it may imply that Nikon has decided to use a different supplier for the D3100 sensor, probably the same supplier that makes the D3S sensor. If this is true, then it could mean a lot of things.

The rumored D90 replacement may turn out to be a 14mp camera after all, if it uses the same sensor as the D3100, or else it may use a Sony 16mp sensor. I can't quite believe that Nikon would have another APS size sensor with a higher resolution ready.

The other interesting aspect of the D3100 is that for the first time a model at this level is actually using the EXPEED processor. The D3000 model does not appear to use the EXPEED processor, although it may use the same software. Perhaps the new EXPEED processor is necessary to support full HD video, and therefore Nikon had to use it in the D3100. The good thing is that the with larger volume of sales, it should provide greater economies of scale and reduce cost.
Posted by Dibyendu Majumdar at 00:08 No comments:

None of the current crop of cameras excites me. Each has some feature that I like, but none has the combination of features that would make me think that this is it - the perfect camera. Here is a quick run down of cameras and my likes/dislikes:

Will the photokina bring cameras that have substantial new features? I hope so. My dream camera is one that is as fast as the D3, with as good a sensor, but much smaller in size, with equally small lenses.
Posted by Dibyendu Majumdar at 11:57 No comments:

I have migrated the Camera Gossip website from a Wordpress hosting provider to Google Sites. I was happy with Wordpress per se, but not so happy with the hosting provider. Google Sites is not as configurable, but it is fairly easy to set up and has improved significantly from the older Google Pages implementation. It also supports SSL for registered users, which is good for security.

One problem with Google Sites is that it doesn't allow the naked web url to be redirected, therefore the url http://cameragossip.com takes a visitor to the domain name provider's web page. I am trying to find a solution to this problem. If the site is accessed via http://www.cameragossip.com, you will land up in the right place. If anyone knows how to fix this problem, please let me know.

There may have been, and probably will be some more, outages of the site as I complete the migration and iron out any issues. Apologies for that.
Posted by Dibyendu Majumdar at 01:00 No comments: 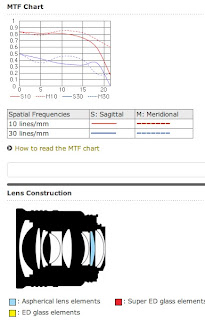 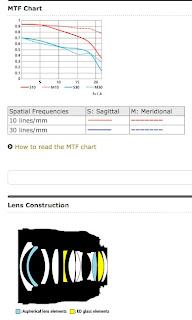 Will Nikon do a compact interchangeable lens camera?

This is not a rumor site, but I can't help but notice an interesting post in DPreview about a potential new Nikon compact type camera with electronic viewfinder and interchangeable lenses:


well there is talk that a few pixels will be used for focus. this would alow for extreamly fast AF and those few pixels would just need to be interpulated.

Now this is extremely interesting because a number of Nikon patents of recent (see below) have been on the subject of implementing phase detection auto focus by utilizing some of the pixels in the imaging sensor to double up as focus sensors.

SLRs use phase detection based passive auto focusing; compacts typically use contrast detection method. The former is faster because the subject distance can be calculated directly, whereas in the latter method, you have to focus from shortest to longest distance while looking for the best contrast. For more details of these methods, please look at the wikipedia article on autofocus.

As of today, all compact digital cameras use contrast detection method for auto focusing. This makes the AF slow comparatively. Implementing phase detection based AF must be hard otherwise we would have seen it by now. If Nikon does come out with a new camera that has this technology, in my view that will be a big breakthrough, and provided that image quality is not compromised, it is not hard to predict that this will eventually spell the end of SLRs.

Here are the patent applications I was referring to:

Posted by Dibyendu Majumdar at 22:27 No comments: